Thanksgiving should be a time of celebration, but this year is has been draped in the black crepe of loss. I attended two funerals, one for a young man who took his own life in the depths of his struggle with mental illness, and the other, an elderly aunt who lived a full and bountiful life. The contrast between these losses was striking, but death does not discriminate.  As sad as each of those losses were to the family and friends of these departed, there was comfort to be had in gathering together to honor them with songs and eulogies, photos and reminiscences, that left us all with a feeling of having seen them off to the next stage of their journey, whatever that may be.

More disturbing losses arrived in abundance with the mass shootings at a center for the promotion of women's health, and a program for environmental health.  The senselessness and depravity of these random and widespread losses is devastating, yet they are only the most recent of the more the 100 such events to take place this calendar year in this country.  Not to speak of the incredible losses around the world through war, poverty, epidemics and callous disregard of life.  How can we assimilate such loss without becoming disconnected from our own humanity?  How can we protect ourselves from the constant mirroring of our shadow selves as it arises in the savage disregard for life among others of the human species. 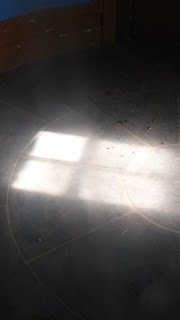 Instead of turning away in fear and disgust, it is essential that we pause to acknowledge these losses.  We can hold a small light in the darkness by engaging these painful stories with compassion for those who suffer.  It is the disenfranchised who express their express their isolation and frustration through such desperate acts. Only someone with the feeling of nothing more to loose could turn to such measures, thinking they can somehow make a difference by causing such pain to others.  It is hard to even consider expending compassion on people who would act with such seeming indifference to the rights and wellbeing of others, yet their very actions cry out for change.  Change in our focus on independence over interdependence.  Change in our celebration of financial fortune as the measure of success, rather than an opportunity to share and aid those less fortunate.